Here we sit on the eve of Christmas Eve and Ozzie and Zoey have come to spend the next two weeks with us. Everyone is excited and eager to leave for the Homestead tomorrow morning so bedtime was a long, drawn out affair. I’m sure the next 48 hours are going to be wild, noisy and magical for everyone involved. Ozzie is a bit worried that Santa won’t be able to find him at Mimi and Pop pop’s house. I remember Tyler having the same concerns last year. We assured him that Santa will have no problem finding him. This year’s Christmas is going to be a bit different with Ozzie and Zoey joining us, but in a lot of ways I think this will be one of the most meaningful for our family. Our kids knew things would be a bit different this year and I could see them  struggling with mixed emotions…wanting to do what they thought was the right thing to do but also not wanting to give up the Christmas traditions they loved. When we agreed to open our home to these two children every weekend in December we told the kids that we would make every effort to continue with those holiday traditions/activities that were most important them. We were able to include the visiting kids in most of our plans. This past weekend, however, we didn’t have Ozzie and Zoey stay with us since they were coming on Monday to spend 2 weeks with us so we took  advantage of it just being our little family at home and made some special memories.

On Friday afternoon we decorated gingerbread houses. This is a favorite activity of the kids every December. This year we did mini houses rather than the full-scale ones we typically decorate.

Can you guess which house belongs to which child?

Friday night the girls were invited to a friend’s home for a holiday sleepover. I left the boys home alone to drop the girls off. This was Rusty’s first time babysitting. I could tell Rusty was nervous but eager to try. I told the boys that after I dropped off the girls I was going to call home and if Rusty said Tyler had been good that I would bring home a treat. My goal in this was two fold…#1. to motivate Tyler to listen to Rusty and #2. To help Rusty resist any unnecessary tattling. It worked. As I was leaving the girls, Rusty called. In the background I heard Tyler yelling, “I’m being good!!!” It turns out that Rusty wasn’t calling to tattle he was calling to find out when I’d be home because Tyler was hungry and wanted to eat but Rusty was afraid for him to eat while he was babysitting. Rusty was afraid Tyler was going to choke so he told Tyler he had to wait until Mom returned to have any food. That issue was mediated by suggesting Rusty feed him applesauce. Tyler filled his belly and Rusty didn’t have to perform the Heimlich Maneuver..Win..Win!

On Saturday I had a special surprise planned for Toby and the girls. It was an early Christmas gift that I purchased in the fall…tickets to the B.E. Taylor concert. We are all fans of B.E. Taylor’s Christmas concerts, especially Toby, so this was a fun gift to surprise him with. I decided to take the girls as a special daughter/ parents date. The concert was wonderful and really put me in the Christmas spirit. It was a wonderful evening with the ones I love! 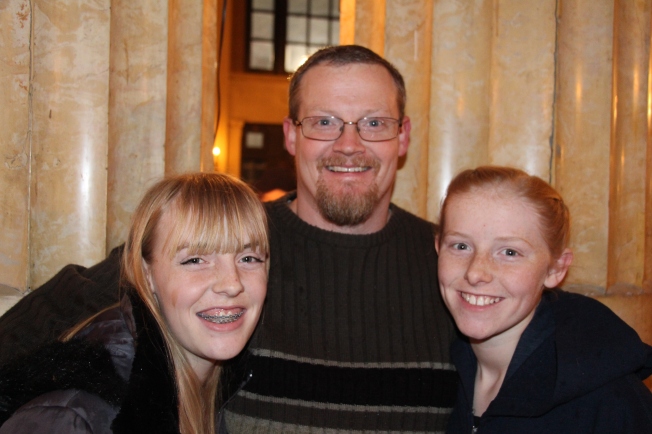 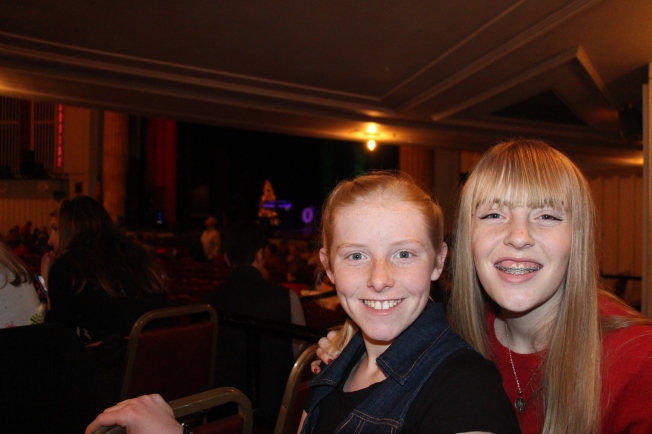 On Sunday evening we celebrated Christmas with Mimi Joy and Aunt Beth. We had a delicious ham dinner and then exchanged gifts. The evening was so relaxing and special. The kids were thrilled with the gifts they received and loved giving the gifts they had made Mimi Joy.

Gracie and Molly were thrilled to receive cameras from Mimi!

The biggest hit of the night! A box of cute Socks!

After our family party at Mimi Joy’s house we came home and had our own gift exchange. The kids wanted to exchange gifts with each other and give Toby and I our gifts before Ozzie and Zoey came so we had our family’s gift exchange on Sunday night. It  suddenly it felt like Christmas. It was simple and relaxed and lovely sitting as a family and unwrapping gifts. As a Momma it delighted me to see the effort and thought that each of the kids put into each other’s gifts and the sincere gratitude that was expressed to each other in words and hugs. Here are some of the gifts that were given… 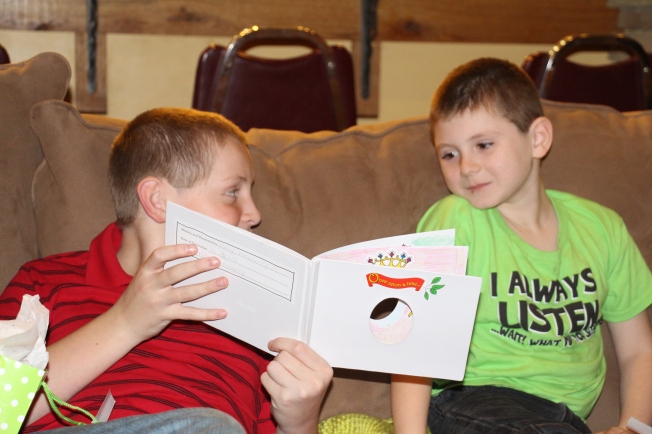 Molly wrote two books for Tyler using a “publish your own book” kit she received for Christmas last year. Here Rusty reads it to Tyler.

Gracie made a new hat for Tyler in his favorite color… lime green.

Molly made Toby a plaque for his dresser that touched his heart..

The evening ended with our annual tradition of the ornament exchange. Every year on the 23rd we give the kids an ornament that is representative of the year they had. We have done this since Gracie’s first Christmas so that when the kids leave home they will have ornaments to take for their own tree. Usually the ornament they receive is a surprise but this year they picked out their own ornament when we stopped at the world’s largest Christmas store on our way home from Michigan. After hanging their new ornaments up on the tree we had our family devotional and headed to bed.

Wishing you all a very Merry Christmas! 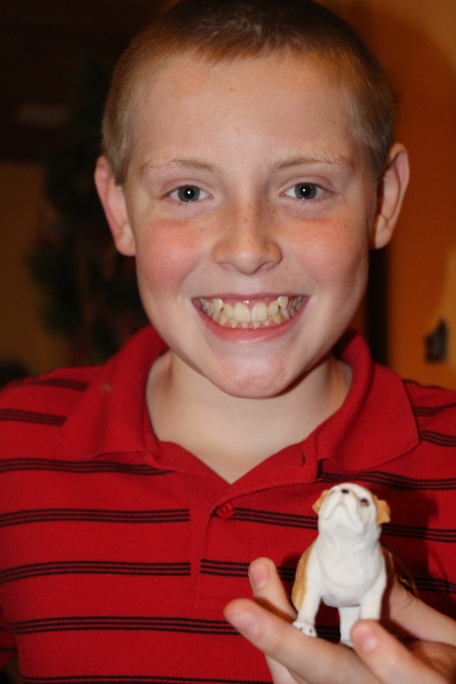