From the time I was a young girl my favorite day of the Christmas season was always Christmas Eve. I don’t know if it was the joy of anticipation, or the magic evening my parents and grandparents created so selflessly. It could have been Christmas Eve mass, or the activities that followed: the appetizers and Christmas play that were performed by a group of untalented, yet eager children, whose talents were applauded as though they were Broadway stars. It could have been the feel of soft, new, unworn Christmas pajamas or the silence that settled in the room as my siblings and I listened for the sound of sleigh bells, willing our eyes to get heavy before Santa passed us by.

I have always preferred Christmas Eve to Christmas day.

Even as a little girl I found that I got more joy out of the anticipation of an event (any event, not just Christmas) than the actual event. This was by no means a negative reflection of the reality of the experience because usually the actual experience lived up to or surpassed my childhood expectations. No, I think it was more the delicious feelings of excitement that would bubble up from within that made the anticipation of the event so delightful. In the weeks leading up to the big event my mind would flirt with the possibilities and milk every bit of enjoyment out of the day long before it ever happened.

I find that to still be the case today. My favorite part of any experience is the planning, preparing and anticipating of the event.

That is the case with Christmas as well.

I love the build-up. I love the trimming of the tree, the decking of halls, the secret shopping and ribbons and trim that come before Santa’s arrival. That anticipation builds and builds all month, climaxing with Christmas Eve.

I love the way my family celebrates Christmas Eve. 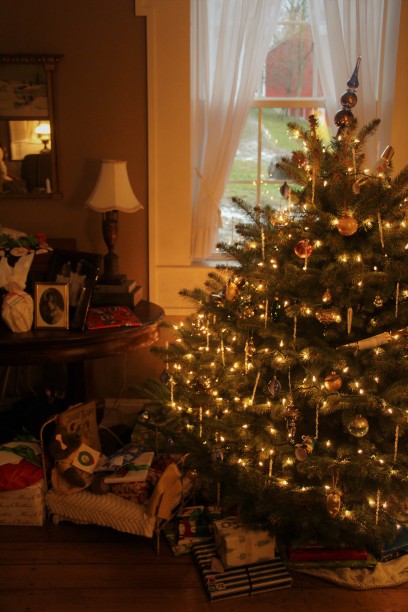 Through the years the location of our Christmas Eve has changed. As a child my first memories of Christmas Eve are of  celebrating at my Grandmother’s house. After marriage the festivities moved to my parents’ McKeesport home where we celebrated year after year when my teenagers were little. Then my parents moved to the Homestead , the place where we have gathered every Christmas Eve for the past five years.

Regardless of the location, every Christmas Eve plays out with many of the same traditions…traditions that have continued on from my childhood.

To this day Christmas Eve is still my favorite day of the Christmas season. I am now one of the “Christmas makers” rather than a receiver of the gift, but there is still something magical in the air as we await the blessings of Christmas day.

And there is no place I would rather await the magic of Christmas than with my family, at the Homestead.

The preparation that goes into having Christmas away from home is extensive. We get the animals set up, pack bedding, gifts, stockings, stocking stuffers, props for the Christmas Eve play, cookies and treats, outfits for Christmas Day and our Christmas PJs.

Then when the car is loaded we are ready for the adventure to begin. Our 2 1/2 hour trip to the Homestead is filled with eager anticipation over the fact that Santa is already circling the globe in the eastern hemisphere, and the boys regularly ask for an update on his exact location via my phone and the Santa Tracker website.

The evening of fun begins with dinner, which for our family is hour devours  on Christmas Eve. It is fun and festive and the spread is always unbelievable! 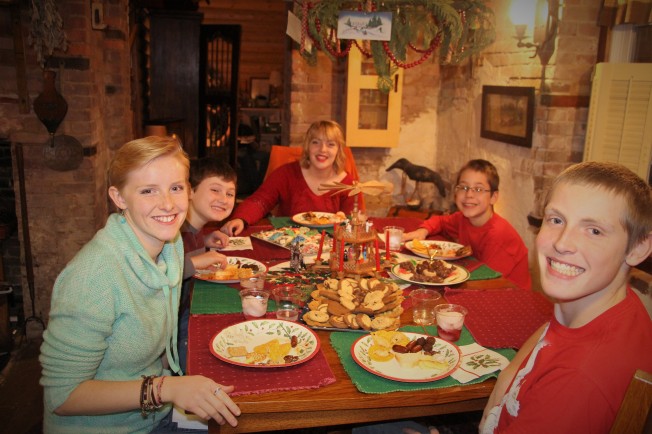 Next comes the annual talent show. This is a tradition that began when my siblings and I were little. It became expected that we would have some sort of talent or play that would be performed for the grown-ups following dinner. The tradition has continued with my kids. This year they did a variety show with Rusty telling jokes, the girls performing two songs they learned the ASL signs to, and a funny play they wrote about the application process reindeer go through to be chosen to be on Santa’s team. 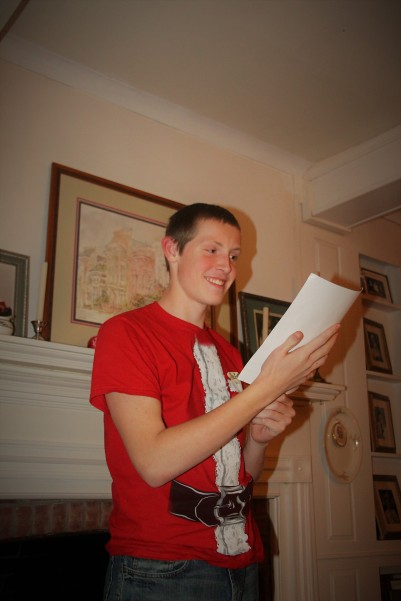 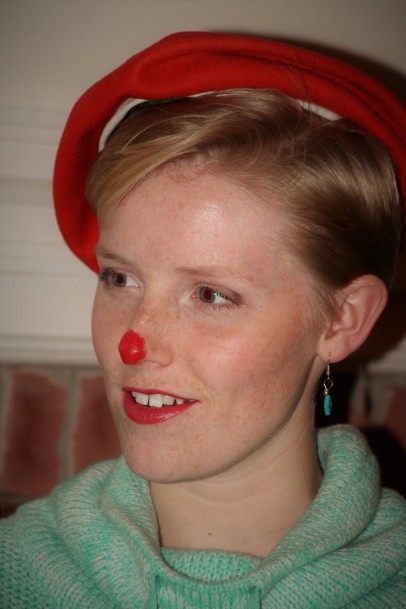 Following the talent show we usually head to the barn for the most special part of Christmas Eve…the reading of the Story of Christ’s birth as we sit on bales of hay, in a barn lit by luminaries and a small tree,  surrounded by the farm animals.

This year my parents planned something special to go along with this activity. Before we walked out to the barn my Dad spoke with us about the gifts of Christmas and asked us to consider what gift we could personally offer the Savior this year. He gave us suggestions to ponder, suggestions like the gift of time, of forgiveness, of patience, or of being kinder with our words. 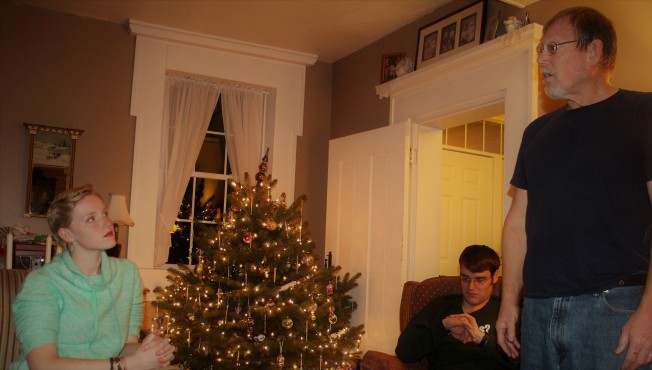 He gave us a few minutes to ponder what personal gift of sacrifice and service we wanted to gift Jesus with in the upcoming year. We then wrote our gifts for Christ on the back of paper slips that looked like gifts so that when we were out at the barn we could place our gifts in the manger of my childhood nativity that now sits in the barn.

In the barn we sat in a hush of reverence as we listened to my Dad read the story of Christ’s birth from Luke. The only sound was the deep timbre of my father’s voice, with the occasional sound of the goats snorting or the donkey braying. 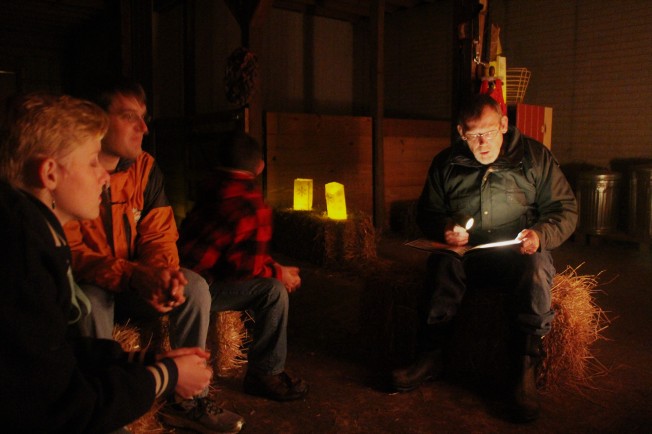 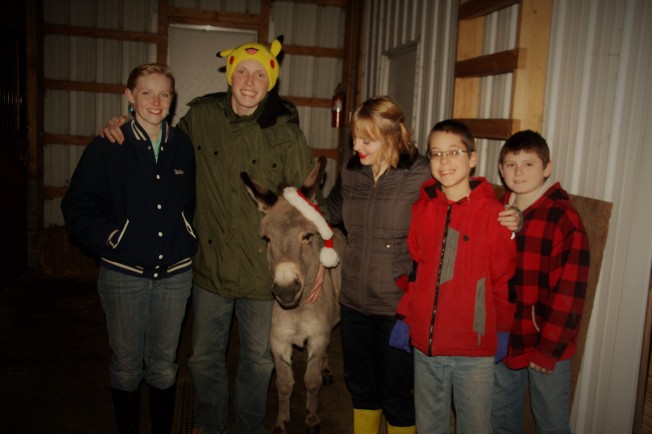 After our special time in the barn we returned inside to send our Christmas gifts to Jesus  by burning our slips of paper in the fireplace and allowing our prayers to be carried heavenward by way of the smoke from the fire. 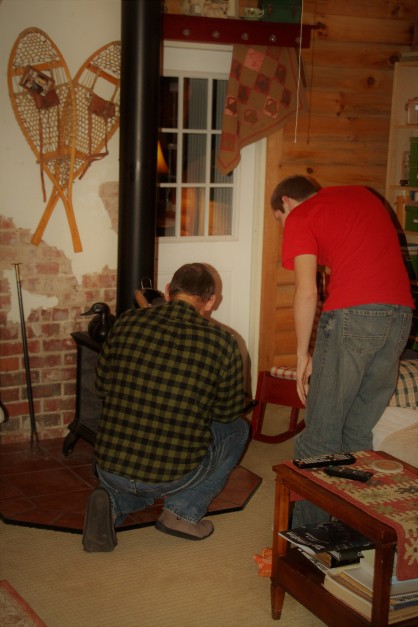 Then it was time for the kids to get in their PJs, put out milk and cookies for Santa, and head to bed, where visions of sugar plums danced in their heads.

Kids were tucked in. Then the real magic of Christmas began!