It has been said…

But sometimes those who wander are lost…hopelessly lost…

Luckily, I was not one of them!

This past Friday we joined the rest of the co-op for our annual trip to Coolspring Corn Maze.

It is always the highlight of my autumn. I LOVE corn mazes. I love the sights, the smells, the photo opportunities, the perceived thrill of adventure, and the competitive nature of finding all the stations and exiting without needing to call for help…thus solidifying my reputation as the one in the family with the best sense of direction. (A title Toby continues to battle me for!)

Every year we return to the same corn maze and each year the theme of the maze changes. In the past some of their themes have included: Wizard of Oz, Land of the Lost, American Heroes, Westward Go, and The American Farmer. The remnants of these past themes can still be seen sprinkled among the current theme. 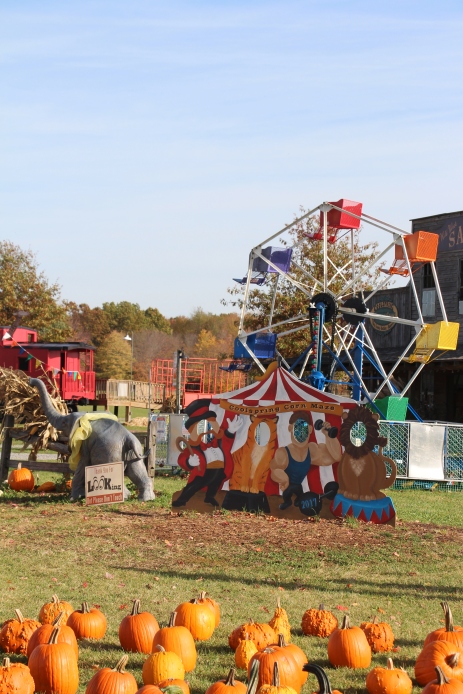 This year’s  theme was “The Greatest Maze on Earth!” 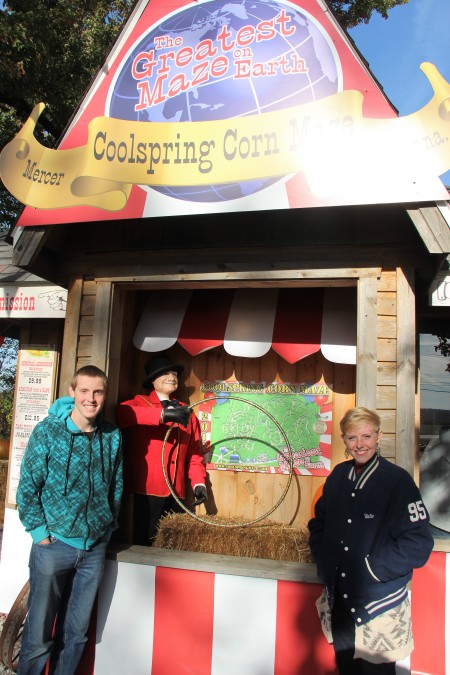 This theme was carried over into the fun circus themed décor decorating the landscape,

As well as in the maze itself, as you can see from this areal photo:

We arrived and purchased our tickets which gave us admission into the maze as well as access to a variety of fun activities around the maze like: 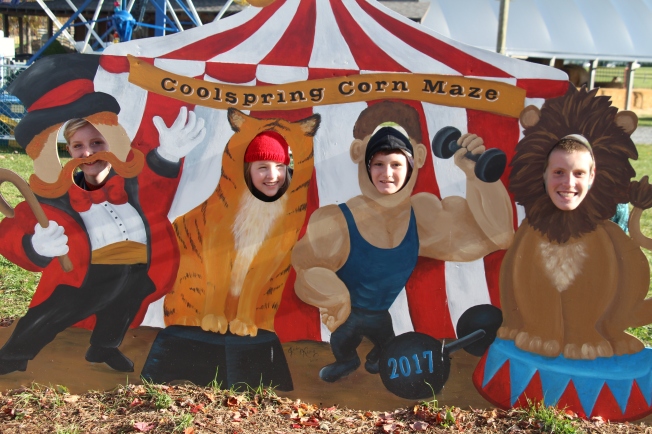 Rides on the hay wagon and in the cow train: 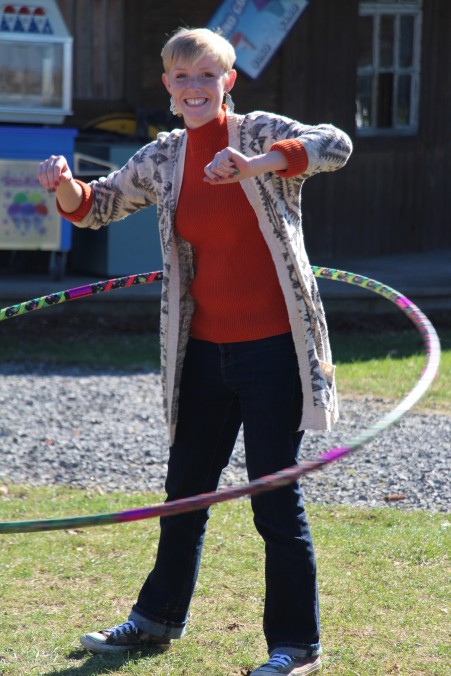 And balloon creations by the most talented balloon artist I’ve ever seen! 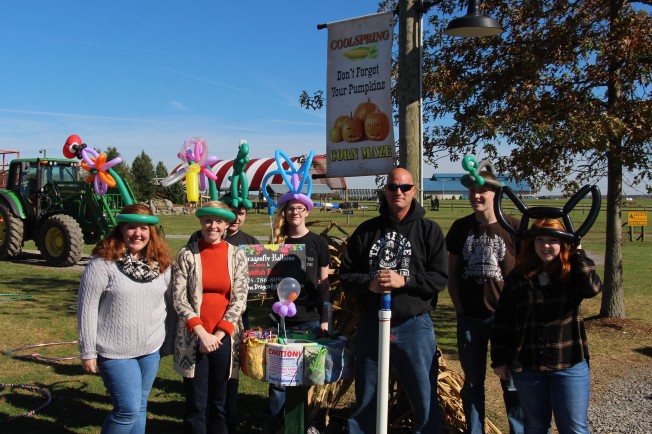 As fun as all the “extras” were, the real reason we were there was the corn maze.

Before entering, everyone was given a map of the maze to help guide them to the different stations located throughout the maze. It was at each of these stations that the answers to our crossword puzzle questions about life in the circus could be found.

As soon as we entered, our group split off in different directions with Rusty and Molly going with some of the teens, while Tyler joined Olivia and other teens from co-op. It was weird not having Grace and Ozzie with us and I found myself wandering the maze without children for the first time ever. It was just Lana and I, and I realized how much those kids crimped my style all these years. We were corn maze champs when we didn’t have to pull along all that extra baggage!   😉  I may have to start ditching my kids every year! 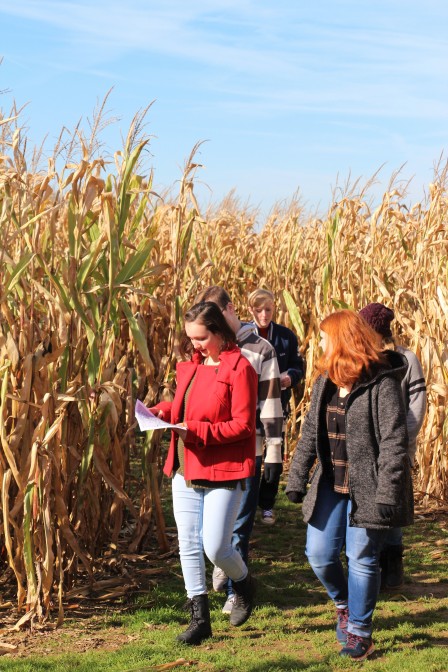 Meanwhile, the kids had a blast exploring the maze with their friends. We kept crossing paths with different co-op teams, allowing me the opportunity to snap some pictures, thus documenting that I did (sort of) keep tabs on my children. 😉 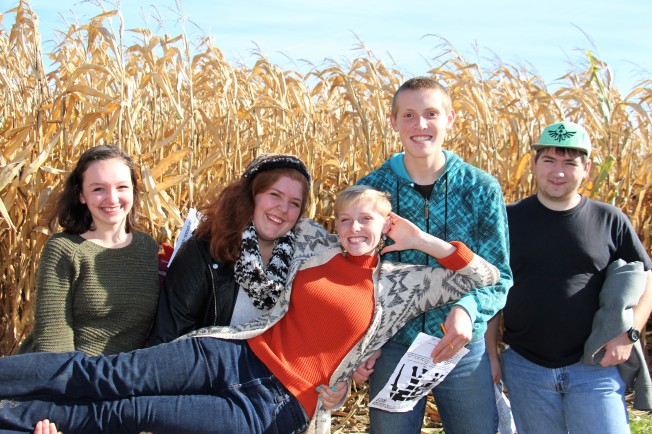 As soon as everyone had found their way out of the maze we joined back up together for a picnic lunch and some of the other fun activities offered at Coolspring Maze. 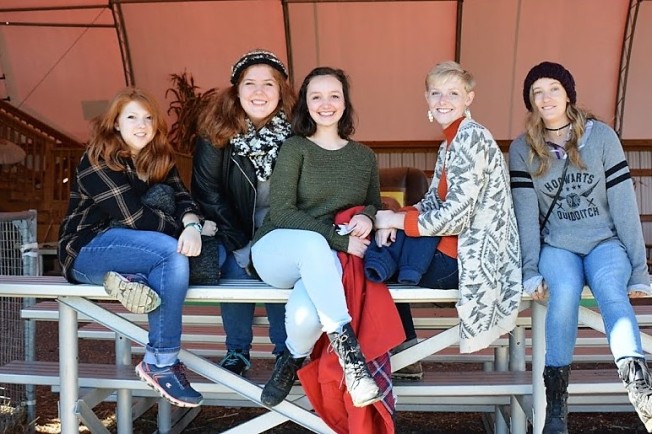 I think this year may have been my favorite theme thus far. It was a bummer that we were down 3 family members, but those who did attend had a wonderful time making special fall memories at the “Greatest Maze on Earth!”