It began as all thrilling tales do with lovable characters, good intentions, and just enough naivety to propel the plot from rising action, to conflict, to climax and then conclude with a deeply felt sense of relief and resolution.

Our tale begins with our lead character (Toby) posing the innocent question, “So, do you want to dust off your passport and join me on a trip across the border?”

Toby, needing to purchase an elevator for the addition he is building on his Mom’s apartment, had to drive up to Quebec, Canada to pick up said elevator and fulfill the required training. We decided to make a mini trip out of it and I was invited to tag along. As most good stories go (and as EVERY Mccleery story goes) things didn’t play out as planned.

Our story  climaxes with said characters trapped in Canada, unable to return home to the United States, with elevator in tow…

Have you seen the movie “The Terminal” staring Tom Hanks?

This is not to say I didn’t have a wonderful time with my husband, it is just that our trip  ended up being a much greater adventure than we had planned.

Ahhh, but I digress.

Let me begin at the beginning when our future troubles were first foreshadowed.

We left on Wednesday. We knew we had a long 10 hour day ahead of us to get up to the small town in Quebec where Toby’s elevator installation training was to take place. Our plan to leave by 8:00am was thwarted by a series of road blocks and mishaps, resulting in an 11:00am departure instead.

The drive was uneventful. We traveled along the New York/ Canadian border until we reached the Thousand Islands Border Crossing. 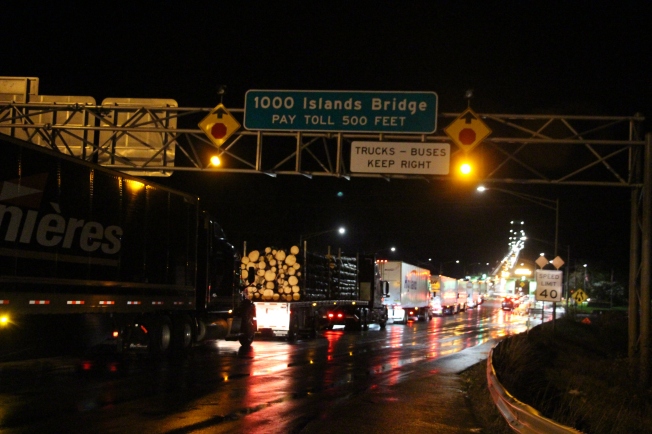 We got in one of the lines, pulled out our passports, and prepared to cross. Being fans of the National Geographic reality show, “Border Security: America’s Front Line,” we knew how this process should play out. We were also familiar with the flip side of the coin, having watched many episodes of travelers being detained because they were perceived as  a potential risk. With those scenarios playing out in our minds we pulled up to the booth to be questioned by the border security officer. Whether he didn’t believe our story of crossing the border to purchase an elevator, or whether our nerves made us look as though we were mules smuggling balloons of cocaine in unnamed orifices, I’ll never know, but we were flagged as a risk and sent inside to meet with Canadian border agents.

As Toby parked the truck I quickly dabbed on a little lip gloss, you know just in case I was making my reality TV debut, only to discover at 10:00pm at night there are not only no cameras but no other travelers as well. The place was dead.

Once again we explained our reason for wanting to enter their country. We quickly were cleared to enter but when asking if we would need any special documents (beyond what was being provided by the elevator company) to reenter the States, they seemed uncertain and a bit concerned. The look that flashed between the two agents helping us, was a clear foreshadowing of the obstacles ahead of us. At the time, however, we were just thrilled to have passed the interview without needing to strip down or bend over, so we didn’t push the issue. We hopped in the truck and entered Canada.

It was dark when we arrived at our hotel. We couldn’t see much of the place, all we knew was that the bed looked awfully inviting and we crawled into it, ready to get some sleep. 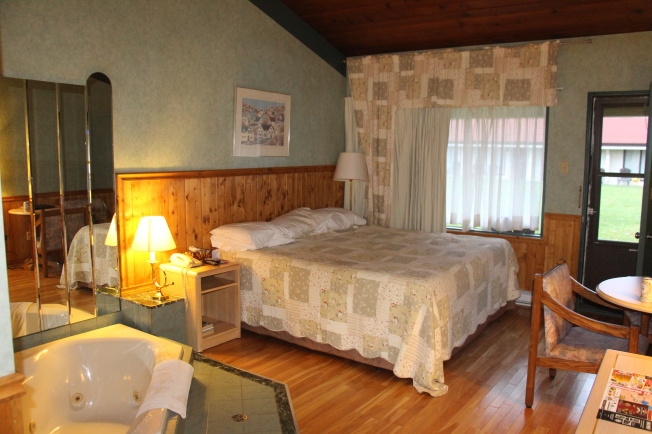 The following morning Toby was up by 6:30am in preparation for the 30 minute drive he had to the elevator factory, where he would be meeting up with one of the crews to shadow them through an installation of an elevator. The residence getting the elevator was 90 minutes away from the factory, so I had a full day ahead of me knowing Toby wouldn’t be back until evening.

Our hotel was in the middle of nowhere, in a portion of Quebec filled with cornfields. It reminded me a lot of Ohio. Without a car and with zero French vocabulary to help me navigate public transportation I stayed hunkered down in my hotel room for the day, enjoying the quiet and the solitude…something I rarely enjoy in my life.

I spent the day Christmas shopping online, blogging, editing photos on Shutterfly, reading books and enjoying the sunken tub in the room. It was a good day to stay in. The weather was grey and cold and very wet. The rain which began Wednesday at home followed us through our entire trip. 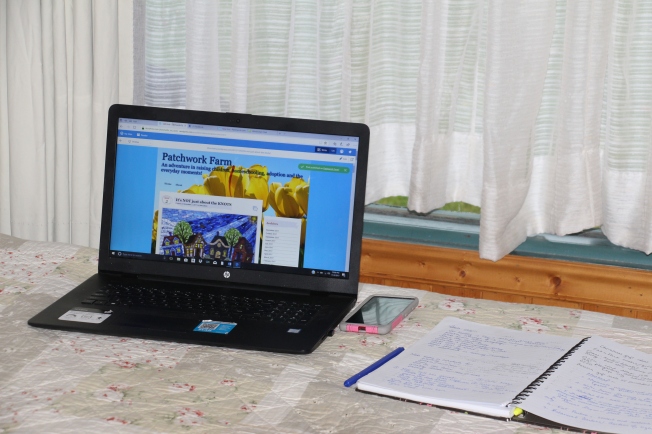 Toby arrived back at the motel at 7:00pm, with elevator in tow. The training that was supposed to take two days was accomplished in one long day, thus freeing Friday up for some sightseeing in Montreal, which was a fun, unexpected surprise. With Toby home I finally felt brave enough to call for food from a local take-out restaurant. With our limited language skills (high school German and Spanish were no help in Quebec!) we worked at deciphering the menu and then calling in our order. Poutine was one of the dishes we ordered, having been told by all the locals that we must try this local dish that consists of French fries covered in gravy and topped with cheese curds. We were told we would know it was good poutine if the cheese squeaked when we bit into it. It sounds disgusting and looked even worse, but it was surprisingly delicious.

Over the next few days I will blog about our adventures in Canada, but for those of you who can’t handle the anticipation and who like to read the last chapter of the book first…

We are back home.

We did make it out of Canada.

And no, we aren’t on the run from Homeland Security.

Stay tuned for the rest of the story.