Wednesday was a big day for my big kids.

It was a day that began with a Mural Club outing with their Mural Club advisor at the Murrysville office of their cyber school and concluded with Prom.

All three of my older kids have enjoyed being part of the Mural Club at school. This club, like most of the clubs that are offered through their cyber school, meet virtually for the majority of their meetings. For Mural Club the kids log on to a virtual classroom weekly and are led by their teaching in creating a painting. My kids have all really enjoyed the skills they have learned from Mrs. Gibson, and have enjoyed the friendships formed through this club.

Once a year the students gather in person to create a piece of artwork at one of the two school buildings and is the highlight of the year for the Mural Club members. Here are two previous murals done by the Mural Club.

Grace was the designer of both previous murals and was actively involved in Mural Club before graduating last year. When it was decided that Mrs. Gibson would be traveling out our direction for this year’s Mural Club outing she invited Grace and Olivia, two Mural Clun alumni, to join in on the fun.

We arrived at the Murrysville office at 11:00 am and discovered that it was just the McCleerys and Hudaks attending. With 6 students painting it was decided that rather than a wall mural they would each paint individual canvases that would hang together creating the school’s initials…21CCCS. (For 21st Century Cyber Charter School.)

While the Mural Club got creative I took the boys next door for a Momma/sons date where we enjoyed a milkshake.

When we returned great progress had been made and the Mural Club was finishing up their works of art.

It was neat to see the different directions everyone took with their paintings. 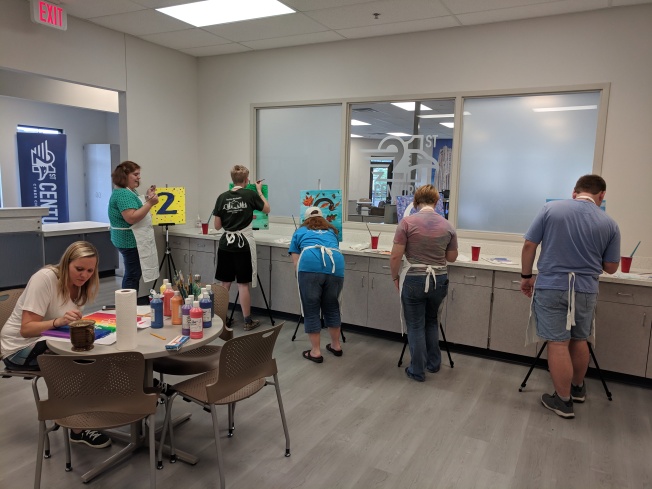 It was also fun to see that despite the differences in their creations, how well they coordinated.

Side by side they looked great!

From there the big kids joined the Hudak family at their hotel room to get ready for Prom.

Prom at 21st Century Cyber Charter School is open to juniors and seniors and their dates, but the high school students at co-op thought it would be fun to all go as a group, so the juniors in the group each invited  a younger classmate (Rusty) or older graduates (Grace and Olivia) as dates to the prom so they could all go together.

Even though it was just a group of friends attending together they had fun with the idea of “prom-posals” and made it official at the co-op picnic a few weeks ago. 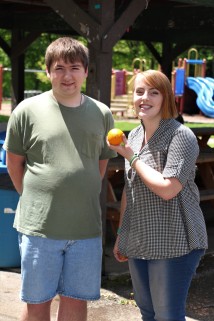 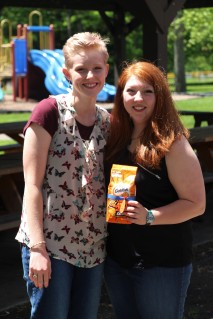 Wednesday night was one of the many times I wished I could clone myself, as I had to leave to take Tyler up north for his baseball game and couldn’t hang around to watch them get ready for prom and drop them off at the dance. Luckily I am blessed with dear friends who graciously stepped into the role of surrogate mom to my three oldest and helped them get ready for prom, took photos for me, and made sure they arrived at the dance. 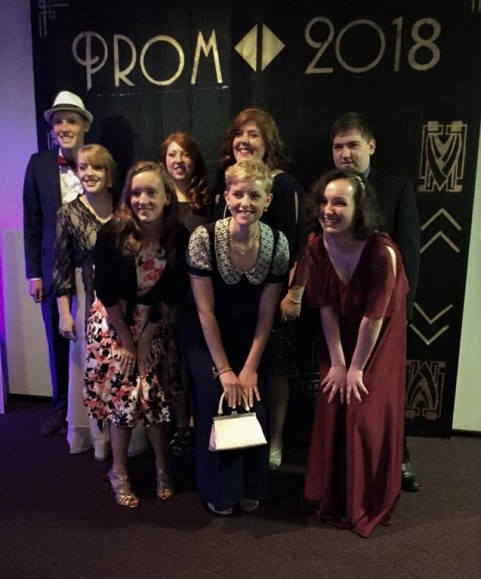 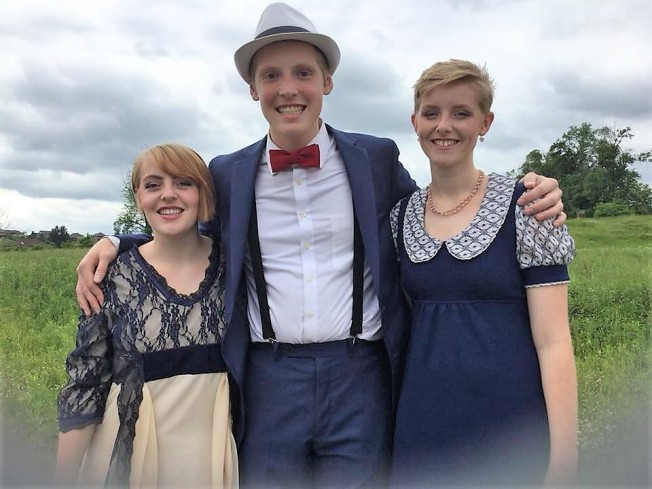 They had a blast dancing the night away with their best buddies and all said that it was a fun night with friends!