This week Brandon joined the ranks of brace-faced kiddos at Patchwork Farm. For the next two years he will wear his orthodontic grill with pride as it moves and molds his smile into the grin of his dreams.

When Brandon moved in two months ago one of our first appointments was to the orthodontist to have him evaluated for braces. The orthodontist confirmed what we already suspected, that Brandon’s bite needed some major adjustment, so plans were made to add him to the ranks of past and present McCleery “Brace Faces.”

Grace and Rusty both needed braces and received orthodontic care through Gulland Orthodontics.

In the last 6 months, Tyler and Ozzie both began their orthodontic care at Spokane Orthodontics, an orthodontist 40 minutes closer to home who also accepts their insurance.

It was at Spokane Orthodontics that Brandon was evaluated for orthodontic care and found to be in need of braces.

Last Wednesday was the big day and he was very excited!

Brandon is self conscious about his smile and was thrilled to find out he was approved for braces. His appointment was scheduled for Halloween. We arrived at the office at 8:00am for his appointment and for the next two hours his teeth were cleaned, dried, glued, and wired until I was called back to see the finished product and we received instructions about the care and cleaning of braces.

Luckily, I am an old hat at the braces thing, having parented 4 other children through the unique dietary restrictions and hygienic care of brushing, flossing and caring for teeth shrouded in metal…

Despite having never worn braces myself.

Brandon was eager to show off his new smile. 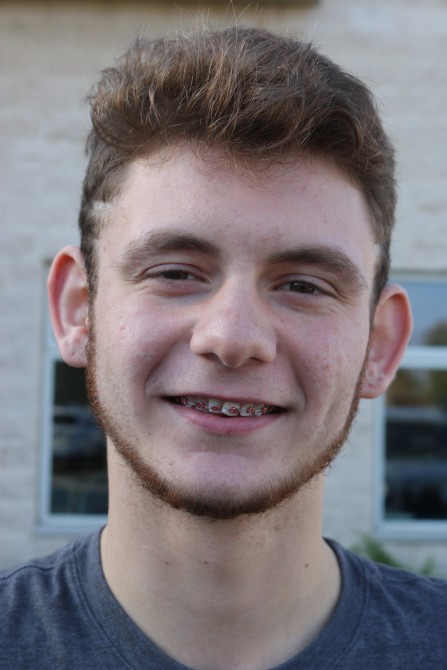 After his appointment, but before returning him back to school, we made a quick stop at the grocery store for soft foods and pain killers. I’ve learned that the days following the application of braces are painful ones and chewing is near impossible, so we loaded up on soups, mashed potatoes, smoothie ingredients and ice cream, and then made sure he had Advil in his system before I took him back to school.

By the time he arrived back home he was hurting but managed to rally enough to enjoy our Halloween festivities, 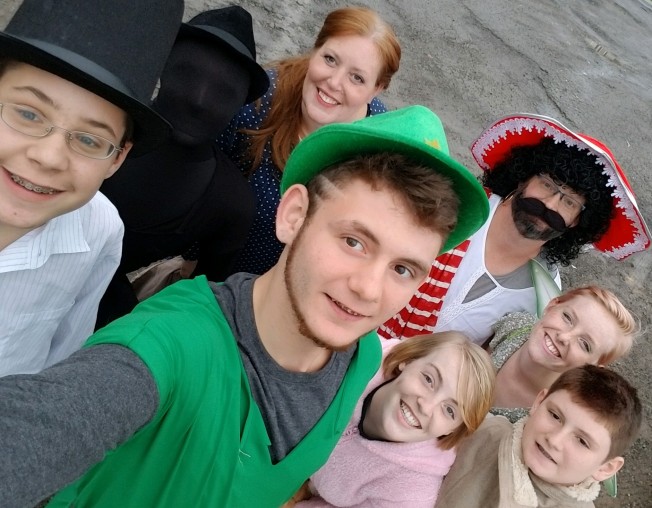 And he even faced the candy restrictions (that come with braces) with happy acceptance. As the kids dumped their candy and began the beloved tradition of sorting and divvying up the Halloween treats collected during trick-or-treating, Brandon, Tyler and Ozzie laid claimed on the chocolate treats that were braces-friendly.

It was a monumental day for our newest addition…

His first Halloween at Patchwork Farm AND braces.

It was an October 31st for the memory books!