It is not easy being the new kid.

I know this from personal experience.

As the child of an Army officer, my first 18 years of life were spend relocating to a new school, new town, new state, (and even occasionally a new country) every few years. I know the feeling of anxiety that accompanies walking into a new school, uncertain of what this new chapter will hold, just praying for one kind face that will invite you to sit at their lunch table.

Being the “new kid” is never easy, but despite the initial anxiety that accompanied every move, I loved the Army lifestyle. It wasn’t until I had to move between 10th and 11th grade that I really struggled, for as hard as it is to be the “new kid” at work, at church, or in the neighborhood, nothing is quite so scary as walking into a new high school and trying to find your place in the teenage hierarchy.

As I have watched Brandon adjust to life with us, he astounds me with his cheerful acceptance of a very hard life transition.

For as challenging as every move was when I was a child, his is far more challenging. When I moved to a new state I at least had the security of family and the familiar possessions that created a consistent feeling of HOME, wherever we were transplanted.

He, on the other hand, moved in with little to nothing of his own, leaving behind the familiar and stepping into the role of “new kid,” at home, at church and in a new high school.

And he did so with no complaint, with abundant gratitude, and astounding grace.

He made the transition with no complaint about the challenges of starting over once again, but simply gratitude for the opportunity to start again…

In a new home with his brother.

He is no stranger to new beginnings or heartbreaking endings. After he was removed from his biological home at age 7 he was shuffled through 15-20 foster placements. Adoption at the age of 12 was followed by the death of his new adoptive mom and then the declining heath of his adoptive Dad that then led to multiple group home placements.

He is no stranger to the feelings of being the “new kid,” and yet he never complains about the challenges that have come with it,

But I know it isn’t easy.

Which makes me all the more grateful for the families and youth at church who have opened their hearts to our newest addition and made him feel as though he belongs and is wanted. Their kindness to my son touches my heart in a way they will never truly understand.

Brandon was so excited!

The day was spent preparing for the party as we cleaned up the yard, cut wood for the bonfire, and bought and prepared food.

Brandon’s plans for the evening included eating, hanging out around the fire, and playing night games for hours with his new friends.

At 7:00 the first car pulled in and many more followed. I was touched by the showing of youth who came out on a very cold night to play in the dark and make Brandon feel welcome and loved. I know it was a sacrifice for many who had other things they could have been doing in the warmth of their homes,

but their sacrifice makes it all the more meaningful.

They wrapped Brandon in the warmth of their friendship, making him feel special rather than like another “new kid” who will eventually leave again. 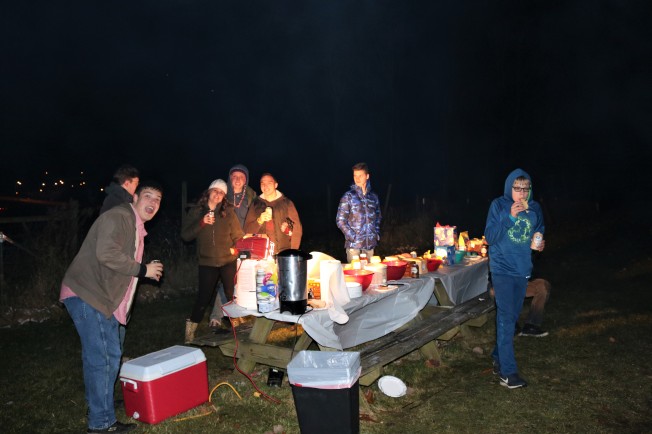 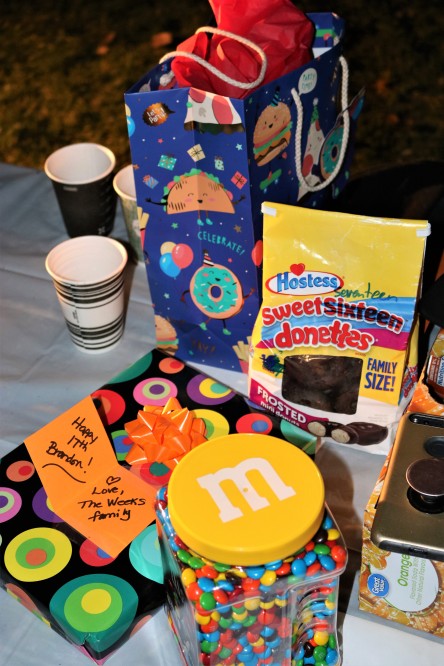 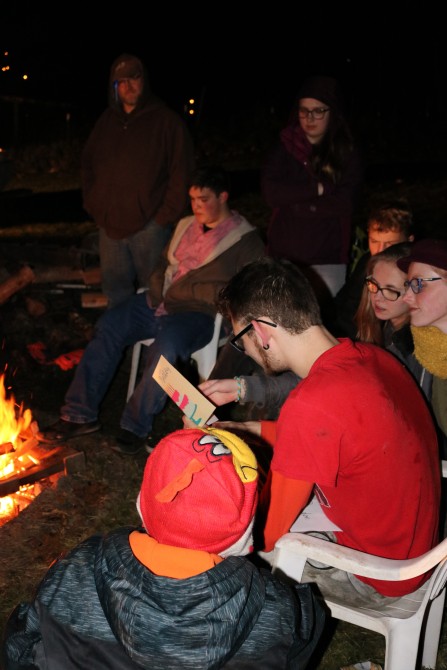 They demonstrated Christ-like love and it touched my heart.

After everyone left, and we were carrying in the food and trash, Brandon stopped us in the kitchen to give Toby and I a hug.

“Thank you for my party,” he said.

There in the kitchen of our home our newest addition spoke those precious words for the first time, not by automatic response, nor out of obligation, but from his heart with sincerity and conviction.

And that ended up being the greatest gift of the night.