The second outing I planned for our co-op’s monthly get-togethers was a trip to Coolspring Corn Maze. This is an annual tradition for our group that we have enjoyed every October for years. 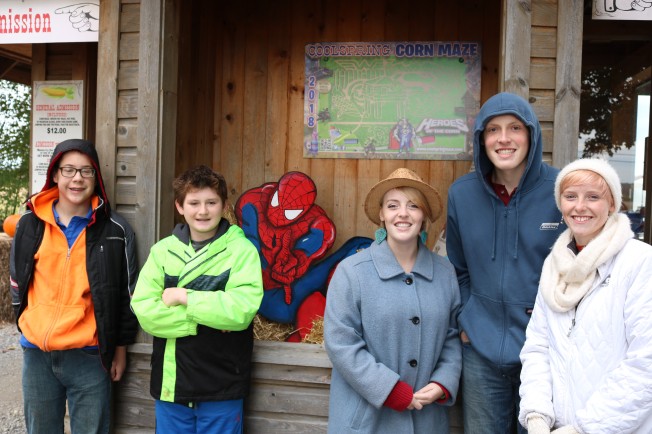 This corn maze, located north of us in Mercer, embraced its inner superhero with its “Heroes of the Corn” theme this year.

The theme was seen in the décor around the farm and in the actual maze design, as seen from this areal shot of the maze: 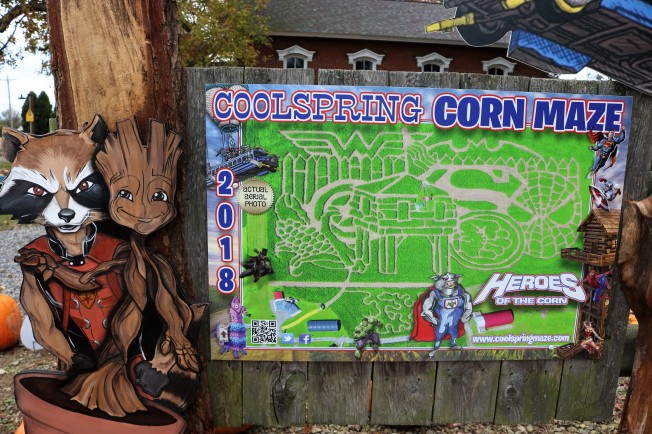 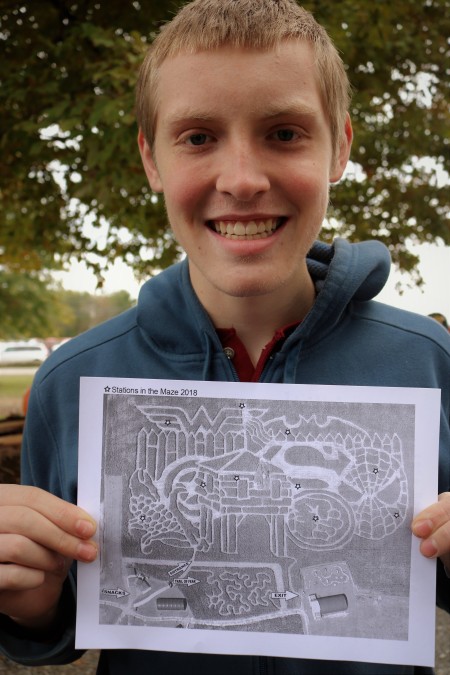 It was a fun way to get the kids exploring (and learning!) as they navigated the twists and turns of the maze.

Our co-op group broke into mini groups, as everyone headed in different directions upon entering the corn.

I found myself walking with Grace and Ozzie, with Rusty as our fearless navigator.

But we kept crossing paths with other groups.

It took us a little over an hour to locate all the check points, fill in our crossword puzzle, solve the riddle, and find our way back out of the maze.

After making our way out of the maze we spent time enjoying the other activities Coolspring Corn Maze offers: 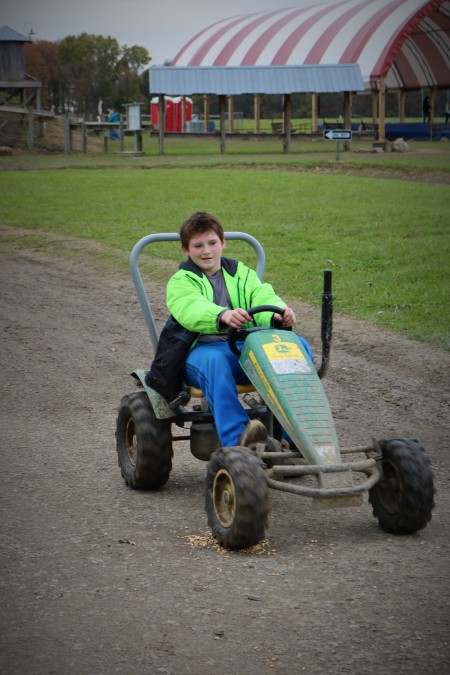 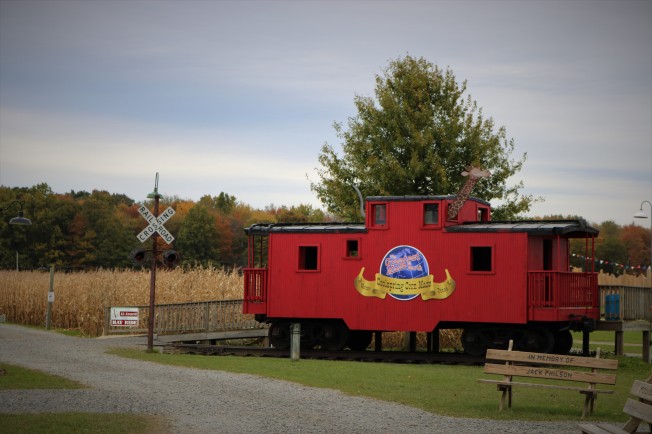 By the time lunch time arrived we found ourselves inundated with a couple school buses of little people who claimed all the prime picnic tables, leaving us to picnic on the grass.

See you in November!

This past month we had the opportunity to take advantage of another PA Cyber sponsored field trip through Tyler’s cyber school. This time our travels took us 90 minutes east, to the Laurel Highlands of Pennsylvania, where we journeyed deep into the ground for an hour-long cave tour.

With us we had Micah, a co-op friend and fellow PA Cyber student.

Our family really enjoys cave tours and as a result we have seen many caves across the United States. Laurel Caverns is one we had visited before but it had been 15 years since our last visit, so the girls’ memories of this cave were foggy. Rusty had visited Laurel Caverns more recently with his scout troop when they did the lower cave spelunking adventure.

This day’s tour, however, was a bit tamer than Rusty’s experience with the caverns. We enjoyed a one-hour walking tour through the lighted pathways of the upper cavern.

Laurel Caverns, is the deepest cave in the northeastern United States and the largest in volume.

Located in Farmington, Pennsylvania, it sits on Chestnut Ridge near Uniontown, about 50 miles southeast of Pittsburgh. 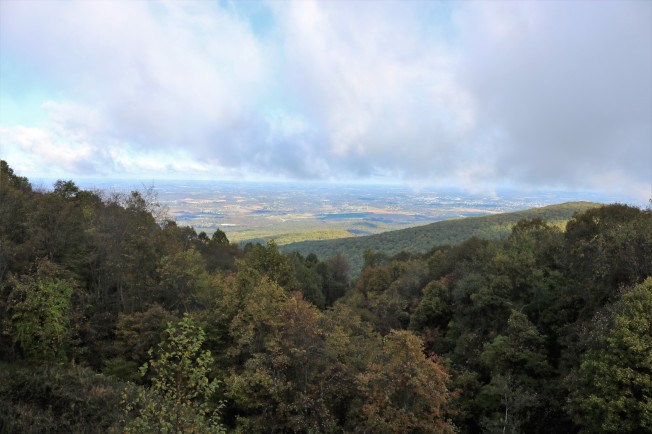 It is within a calcareous sandstone made up of 70% silica grains cemented together with 30% calcium carbonate and a small amount of iron oxide. The cave formed when the calcium carbonate was dissolved by groundwater allowing the silica to be washed away. 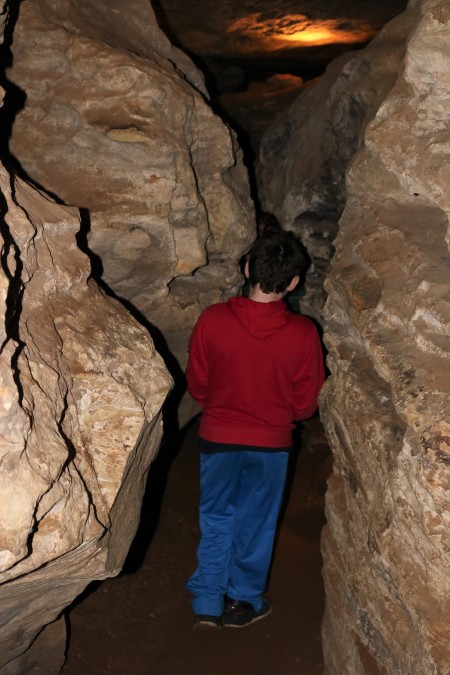 Laurel Caverns was also formed in an area of folded and fractured rock.

Because of this, the entire cave is tilted thirteen degrees, resulting in many steep passageways.

They tend to follow the fractures in the rock, resulting in a grid of long passageways.

The cave has been known since the 18th century, and probably used by the Native Americans long before that.

It stays at a temperature of 52°F year-round.

The steep slope of some passageways causes an optical illusion known as gravity hill. The illusion of a ball rolling uphill is an illustration of this effect.

At the conclusion of the tour we headed back to the surface where we took a break for lunch and a bat craft, that Tyler and Ozzie really enjoyed making. 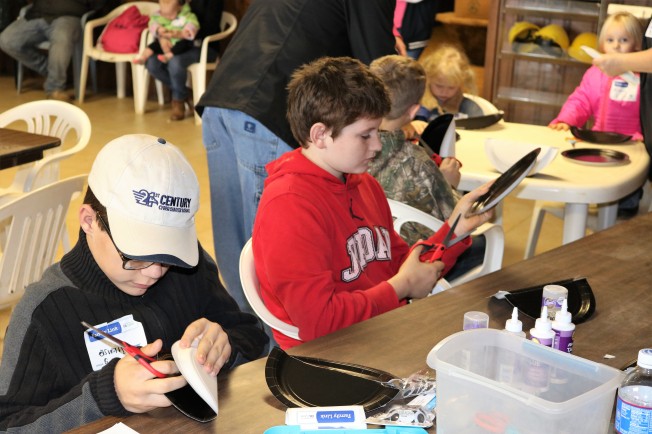 Then it was our turn in the gem mining room.

This was an unexpected surprise!

When we signed up and paid for this outing we were under the impression that our $6.00/person cost paid for a cavern tour. What a treat it was when the kids found out that included in the outing was a bag of gem filled dirt that they could mine for in the mining room upstairs.

All the kids got a kick out of sifting through the dirt to discover the gems hidden within, 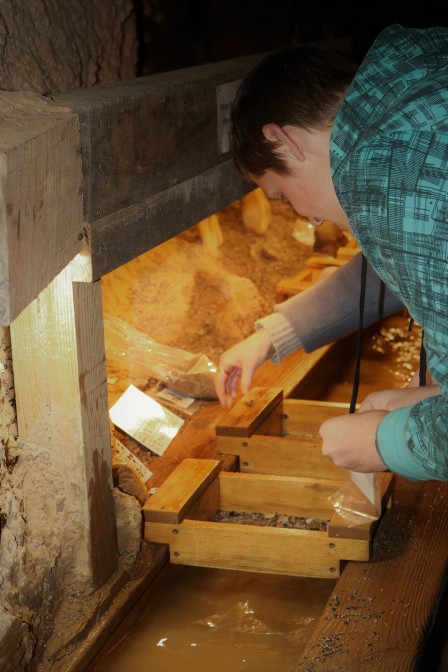 And then identify the type of gems they uncovered.

What a fun day with PA Cyber! 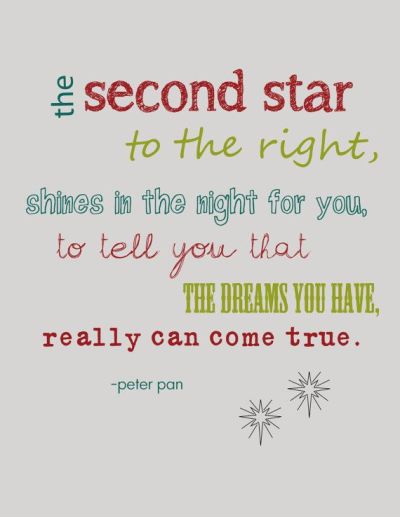 For the last few years we have had fun coming up with a themed family costume for Halloween.

In the past we have dressed as the crew from Toy Story:

The emotions from Inside Out:

and the characters from Wizard of Oz: 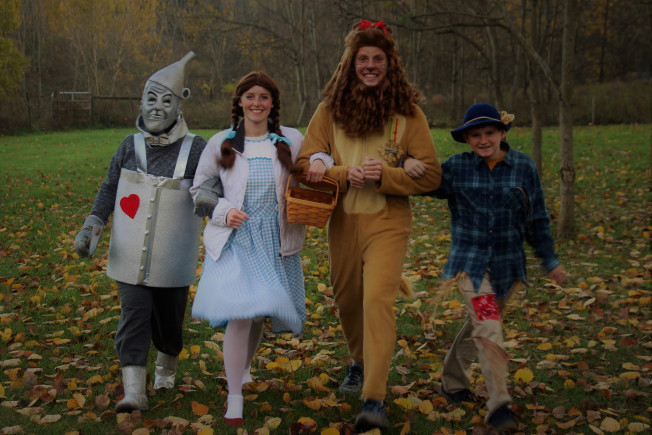 This year we knew we wanted to continue this tradition, especially given the addition of Brandon to the family, and the realization that next year may take the girls away from home, making this possibly our last chance for a full family Halloween costume.

Much debate was put into possible themes as we considered books or movies that had at least 8 primary characters, the right ratio of boys and girls, and contained characters that were “cool” enough to convince the boys to join in.

After much debate the decision was made…

With Rusty as his shadow: 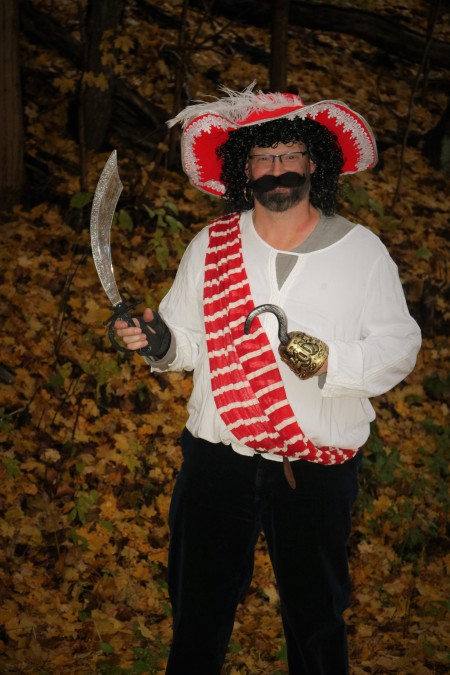 Tyler was a Lost Boy:

I played the role of Wendy Darling:

Grace was Michael Darling (with Ellie May as Nana):

And Molly played the role of Tinker Bell: 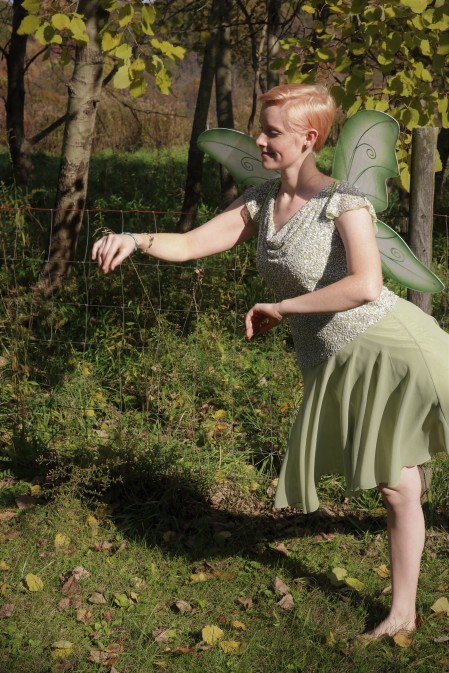 And it was so much fun!! 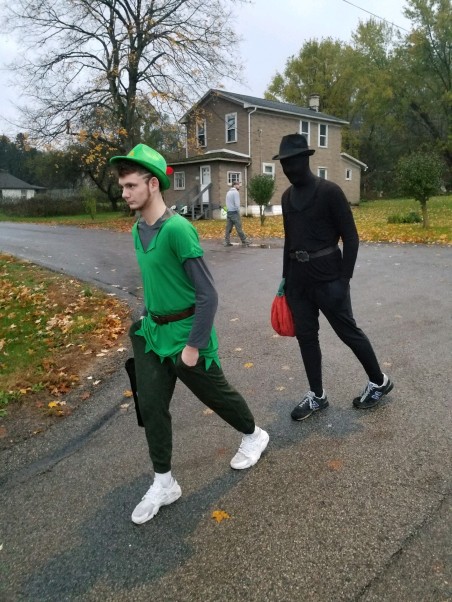 And I adore this family of mine! 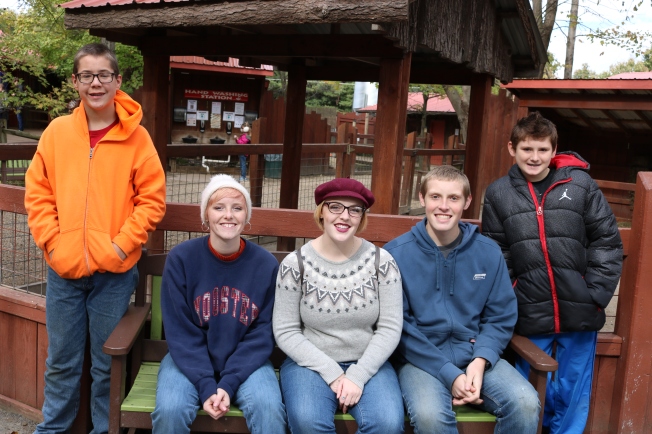 Last May our co-op of 10+ years disbarred. It was a sad day when we said good-bye to the church that had become a home away from home for over a decade as we met together with fellow “home” schoolers and dear friends every Wednesday to teach our children and allow them opportunities that are hard to facilitate in a home environment.

When our co-op began, our babies were all in preschool-3rd grade. At the end of the school year last year those same “babies” were entering their senior year with most of our kiddos working independently and no longer needing the co-op classroom environment for academics. It was an end to a beautiful era of life, one that we hated to say good-bye to, but knew we had outgrown the co-op’s original purpose.

Although we no longer needed the academic support that co-op was originally created for, we were still feeling the need for regular social get-togethers with our co-op friends who have become a second family over the years.

Our solution was to move our get-togethers out into the community and to meet twice a month rather than weekly. We decided that to facilitate these social events, and to make sure we made time for them to happen regularly, we (the moms) would each take a month of the school year and plan two field trips, outings, or holiday parties for the kids to meet up and connect with friends.

I signed up for October and the first outing I planned for the month was to Living Treasures Animal Park.

This park has a special place in my heart, as it is home to so many sweet memories. Our first visit here was with Gracie as a baby. We have visited it with my sister and her kids, my parents, my brother, my grandfather and many friends. Over the years we have created many sweet memories at this special place, and two Fridays ago we created a few more.

We arrived as the doors opened and met up with the other co-op families in the parking lot. Because we had a group that exceeded the 20-person minimum for a group rate we were able to get in for $6.99/person, half the normal rate. We also purchased animal feed for the animals… 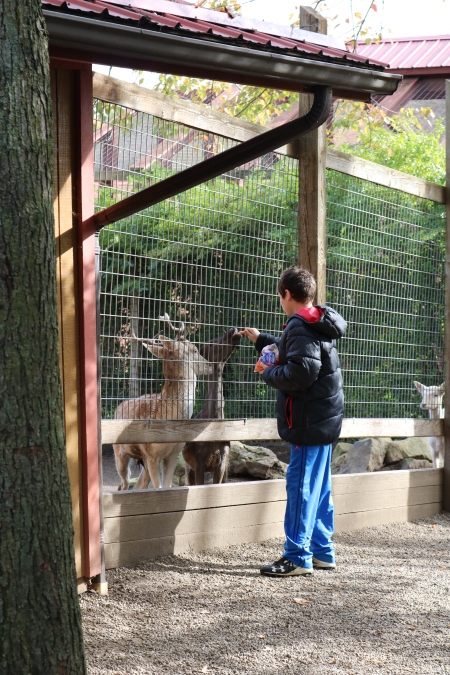 Because that is the best part of Living Treasures!

This particular animal park is set up to allow visitors opportunities to interact with the animals more intimately than is possible at a zoo.

The proximity and amount of interaction depends on the type of animal. 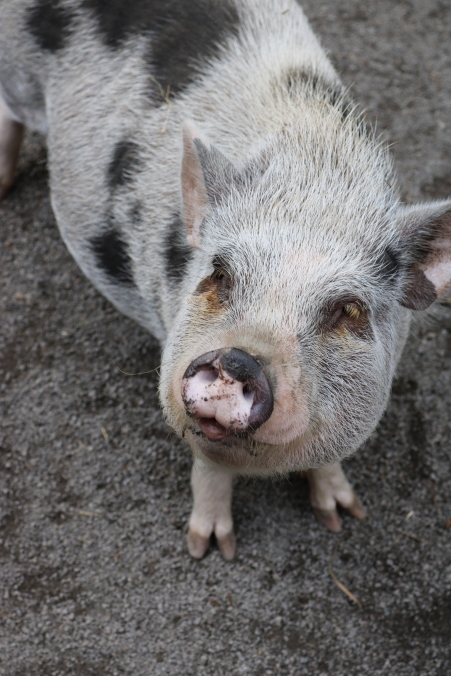 The animals that you can pet and feed by hand include deer, cattle, alpaca, goats, and the wallabies.

Bigger animals are fed through feeding tubes that drop their treats into a food dish.  These critters eagerly wait beside their bowls hoping for a handout. This system allows kids to interact with the animals up close without the risk of losing fingers.

The monkeys at Living Treasures are fed with a bucket system. Visitors can place carrots or special monkey pellets in a bucket attached to a chain, and the monkeys can pull the bucket to the cage and fish out their treats. 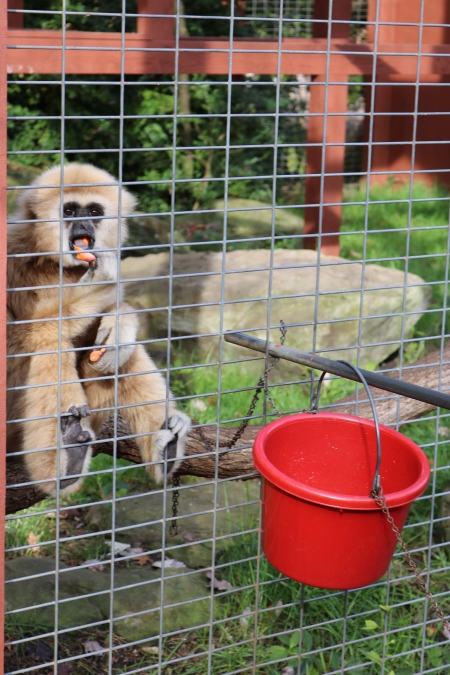 The animals all understand this system well and know what it means when little people with buckets come walking their way. The critters tend to swarm you when you approach, especially if you are among the first visitors of the day and everyone is still hungry.

And to enjoy it while loving on fur-babies made it all the better!